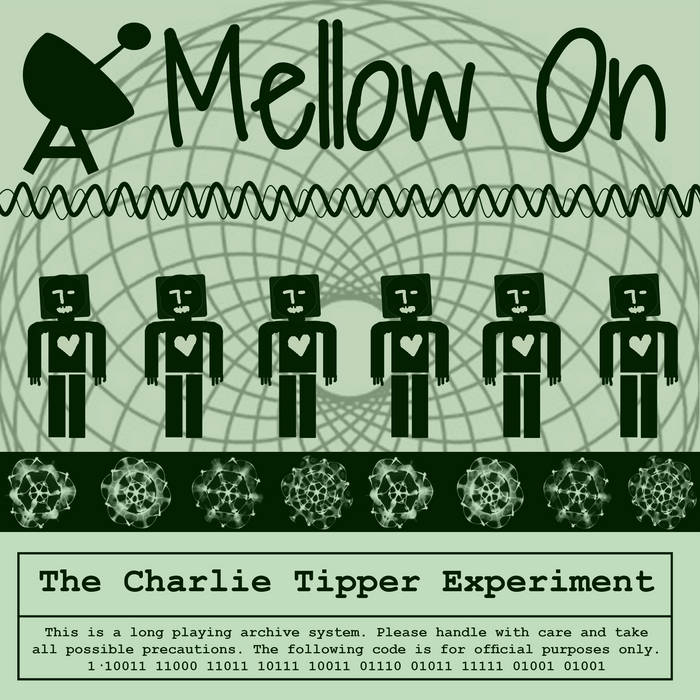 Ken Swirled I like this record as it is nice. I think they will have nice hair too but I cant see it on the record. Favorite track: The Boys from Frampton Cotterell.

The Charlie Tipper Experiment have a Bristolian pedigree as long as your arm. Longer maybe.

Lead singer Tim was in both the Flatmates and the Five Year Plan in the late ‘80’s, before joining the Beatnik Filmstars* for most of the ‘90s. In the 2000s he headed up Forest Giants and then took part in the Short Stories.

Guitarist Jon Kent was a founder member of another of Bristol’s C86 squad, the Groove Farm, as well as being the original guitarist for the Filmstars.

Drummer Simon Harris played in a number of Bristol’s lesser punk bands back in the late 70’s and then the Dangerous Roundabouts. He claims he doesn’t remember a lot about it, if truth be told, so more interesting maybe is the fact that his brother was once a roadie for the Damned.

Did we mention that guest pianist Ruth Cochrane was the original bass player in the Blue Aeroplanes?

You’d be forgiven for wondering why these people aren’t spending their final days touring the country playing the Walsall and Cricklewood PopFests with their old bands, churning out songs written three decades ago to people who were there watching them three decades ago.

Well things move on. And to prove it the CTE also feature a member who wasn’t even born when Tim played his first gig at Frampton Cotterell Youth Centre in 1982. Harry “Ice Man” Furniss brings his soulful cornet nicely to the party.

“Mellow On” is an album full of original songs, not re-writes of previous minor triumphs.

It was written in just over two weeks, learnt over a few more in the autumn of 2013 and recorded in the first half of 2014 for less than the price of an iPod. Drums were done in a single day at the local rehearsal room, guitars, bass and vocals added in assorted homes, and Hammond organ played one Sunday morning in a local studio before anyone arrived to kick them out.

In terms of style and influences, they are many and varied within the band and come together to produce a unique blend. Some of the more interesting probably include bands like Shack, the Go-Betweens, Dean Wareham, Joy Division and Thurston Moore, amongst many others.

We think it’s a terrific album, full of new songs and new hope. It’s a band saying we don’t want to live in the past, we want to take what we’ve learned and make something even better. Or die trying.

See what you think?

The band began life as The Charlie Tipper Experiment in 2013, releasing an album and a clutch of singles for Breaking Down Recordings.

In 2015 the band became The Charlie Tipper Conspiracy for no real reason other than they thought it would be a good idea to keep people guessing as to what they were up to.

This happened again in December 2017 when the band became Arrest! Charlie Tipper.. ... more

Bandcamp Daily  your guide to the world of Bandcamp

Serena Cherry debuts her black metal project, plus a Pick from the Crypt block from Svalbard